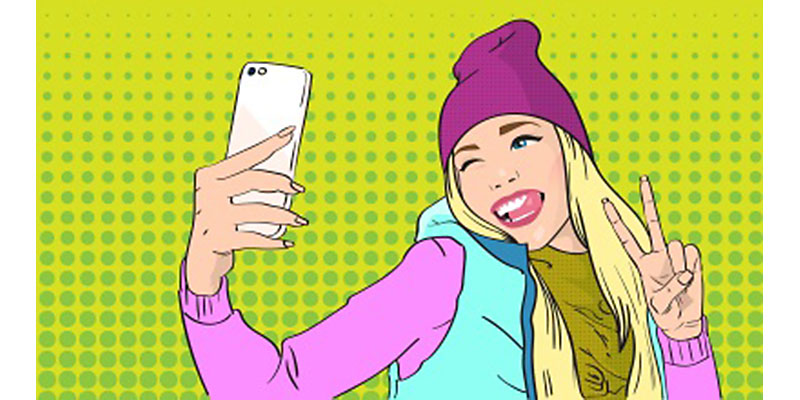 Bragging has only gotten worse with social media. People feel less inhibited when the contact is mediated by technology. But why do it in the first place? Nobody really likes a bragger, but that doesn’t seem to stop the behavior. It doesn’t stop when we avoid eye contact, chuckle at this apparently unconscious character flaw, or show our boredom with a yawn, either. That’s because a bragger doesn’t notice—he or she is either insensitive to begin with or becomes insensitive while bragging, like a person who becomes numb while drinking alcohol. Bragging is similar to getting a fix or fill of something, perhaps to forget the emptiness someone feels inside (think narcissism).

Bragging appears to be somewhat compulsive. And it’s hard to respond to someone who has to tell us that she went to Hawaii a dozen times in the last six years, that in fact Hawaii is her second home, and that she is thinking about buying a lot or two, if not an entire island. What should we do when a verbal avalanche of superlatives comes our way?

The challenge of cutting off a bragger is even greater when the bragging is covert: “You have no idea how rich these people are. You have never seen such riches.” Or when the bragger hides behind another person: “I am so embarrassed about my husband spending a fortune on this,” or, “Other people tell me I am so much younger looking. It’s amazing how many compliments I get on my skin.”

First, let’s distinguish between bragging and the desire to share something positive with others. My girlfriend and I rejoice in each other: I like to hear about her accomplishments and successes, and she takes delight in hearing my ideas about true happiness. Sharing what’s good sustains mutually empowering relationships. Usually the difference between sharing and bragging is easy to ascertain because sharing is only part of a relationship, it never dominates. Nevertheless, be mindful and consider the possibility that your discomfort might reveal more about yourself than about the other person: Make sure you are not just envious.

Envy destroys relationships, but overt or covert bragging can prevent them from developing in the first place. A bragger creates gaps between himself and others, which cannot (and should not) be bridged. He is on a higher elevation, more advanced, and out of your reach. However, in an egalitarian society, most people prefer to relate to others instead of granting someone dominance. Even though we might feel secure in a hierarchy—there is a little monkey inside all of us—we are only happy when we connect with each other. (See the article “Overcoming Loneliness” under the rubric “Loneliness”.)

Here are 5 tips to help you deal with a bragger.

Ask to switch the subject, or just go ahead and switch it. Talk about the type of person you are. Instead of focusing on the other’s bragging—which can be taken as quite confrontational—stress the fact that you are not one to admire others for their good fortune, or that it’s hard to impress you. After that, it might be too awkward for the other person to keep bragging.

Let the person have some of his or her own medicine: Braggers are just like everybody else; they don’t like it when other people brag. So go ahead and brag a little yourself. Then, as if struck by divine intervention, excuse yourself and say something to the effect of, “Oh, I guess I have been bragging. You know what, let’s not do that. It only makes other people feel bad.”

At an opportune time (which is almost any time), ask if the person knows a particular person (a celebrity will do) and share how you’d like that individual more if it weren’t for her constant boasting. Ask your bragger if she or he feels the same way about anyone.

I once read, “Choose wisely with whom you wish to be open, but remain sincere always.” I don’t know to what extent you should be open once you decide to let someone else know what you feel and think. Maybe you think it’s OK to communicate how estranged you feel when the other person brags, or that you’d prefer to connect with them. Maybe it’s best to put it into a question: “Are you interested in connecting with me, too?”

Everyone needs our compassion, but not everyone needs to be our friend. It’s okay to walk away, preferably with a smile and acceptance of the other. I often find myself leaving a conversation when someone brags. I just must; compassion demands it.