I had the honor of introducing Zen Psychology Therapy (ZPT)* at the World Congress for Psychotherapy in Shanghai in May 2014 [1]. What an experience! In retrospect, two impressions struck me the most, the first being was the openness and intellectual vibrancy with which Zen Psychology and other hybrid approaches were received. Instead of being offended by a Western psychologist speaking about Zen Buddhism and mindfulness in psychotherapy, I was welcomed as someone who wishes to build bridges. 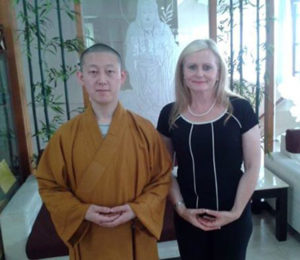 The other had to do with how many Chinese colleagues—and even strangers—initiated conversations about physical affection, and the lack of thereof in China. My Chinese co-chair, who had lived in the United States for 10 years, explained that he himself had fallen in love with hugging, just like many other city residents of modern China.

As you might know, relatively few Asians commonly express their love with hugs. Why should they? For us to think there is only one way to affirm and support another person would be an arrogant stance. Many of them don’t miss physical affection, thinking of the custom of hugging, especially in public, as a silly display. And hugs are certainly not necessary for academic or professional success.

However, there are some hug benefits that cannot be kept a secret, even in the age of the internet: 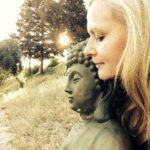 Two Chinese students approached me to ask some questions after I spoke at the conference. Noting that I had briefly mentioned during my talk that physical deprivation is acknowledged as one cause of suffering in the West, the female student suddenly hugged me, thanking me profusely. The male student surprised me and followed her example. Feeling quite touched, I laughed, “Chinese people, I thought, don’t hug.” The students smiled and forgave me for me prejudice.

* ZPT is based on my book A Unified Theory of Happiness