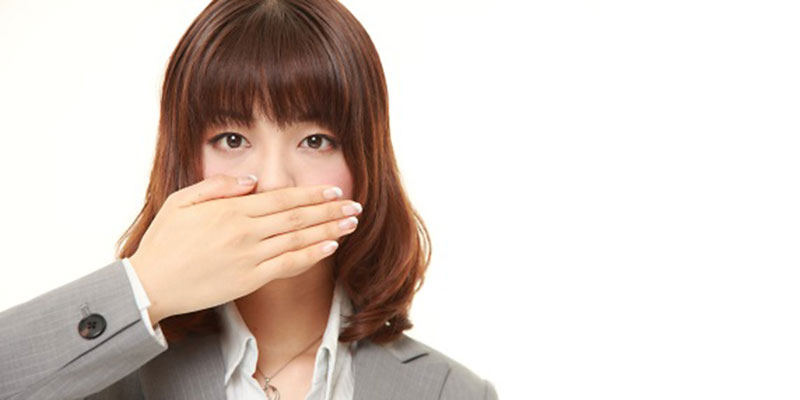 Learn to distinguish between golden silence and harmful silence.

They say silence is golden. And it is. Unless, of course, it is meant to be a wordless punishment, quiet aggression that is supposed to “show him” or “show her” how horrible he or she was.

Many have difficulties distinguishing the virtuous or wise behavior from the destructive form of communication. Unable to differentiate, they suffer needlessly. In addition, people often feel at a loss for how to respond to either silence or the silent treatment. While silence can be uncomfortable when we were raised in a loud family, the silent treatment can be outright terrifying when, in the past, our primary caretaker withheld love. To have knowledge and pointers on the subject can be considered an essential communication skill.

Silence in a relationship is a blessing when it is a peacemaker. It is wonderful to go inward and get in touch with one’s most precious inner resource that is the light of consciousness. It is in quiet moments that we rest and recharge. Our hearts can hardly be touched when we talk over a special moment, be it a song, the beauty of a sunset, or a shared sense of oneness. We must give the universe a chance to bestow us with its gifts and generate experiences of interconnectedness (see also the article, “Do Not Ruin the Moment” under rubric “Happiness & Mindfulness”).

Also, silence is precious when we use the pause as an opportunity to process overwhelming feelings or sort through conflicting thoughts. Introverts are not the only ones who need to distance themselves from social interactions to calm the spirit. Everybody benefits when people know the art of internal housekeeping.

Lastly, silence is golden when it deescalates a situation that could become ugly or hostile. Here, it clearly protects the relationship, which is recognized by all existing anger management programs.

It can be discovered in conversation if the silence one encounters is meant to bring peace in any of the described ways. Intentions matter. Take to heart the potential to do good with silence and familiarize yourself with the idea of silence being indeed golden, not only for others but for you and also the “in-between.”

In contrast, the silent treatment is usually destructive in nature, even when the silent person thinks he or she hasn’t done anything to warrant such a judgment. When someone aggressively turns away without good intent, gesturing that he or she will not engage even when the silence causes suffering in the other, silence becomes a punishment. In general, we should use punishment as a last resort, as it teaches only that something is considered bad and that harming the other in response is legitimate.

We should remember the guideline to “do no harm” and abstain from adding suffering to the world. The silent treatment punishment is especially lacking in instruction, leaving the other confused and helpless. I have many clients that are heartbroken as their partner gives them the silent treatment instead of working on their mutual empowerment and happiness. Not much can be learned when the other refuses to explain, train, or instruct.

While it might be easier to take offense or crawl under a blanket when someone gives you the silent treatment, assert yourself. Counterintuitively, this might mean having to become vulnerable and letting the other know how much the silence hurts. If the other cannot hear you, be proactive.

At an opportune time, discuss how to improve communication. Unfortunately, many people have not learned in their youth how to communicate effectively; they are destined to repeat the ways of the past. Thankfully, there are concrete tools anybody can learn in countless workshops and workbooks.

I believe it is important to assure that one’s foundation is solid, which is why I list 10 building blocks for friendships and love relationships (see Chapter Six in A Unified Theory of Happiness). It is easy to miss a block, such as “validation” or “baring pain together.”

If self-improvement fails, see a professional therapist, because the silent treatment can be considered emotional abuse.

Consider that the one who uses the silent treatment cannot think of any other remedy. This, too, is suffering. As one realizes the other’s suffering, one feels less victimized and more inclined to offer empathy, a hug, or guidance. It is important to signal to others that you would be willing to listen and learn should they change course and start to communicate.

When the silent treatment causes harm, it is important to set boundaries. Close the door when all else fails and focus on yourself. Becoming mindful, reading, exercising, going for a walk, talking to a friend, listening to music can all be ways to stop the bleeding.

Accordingly, we pay fierce attention to gestures and trust them more than words.
Once it is understood that negative, non-verbal behavior is, therefore, especially devastating, the one who uses “the treatment” might be more willing to drop it.